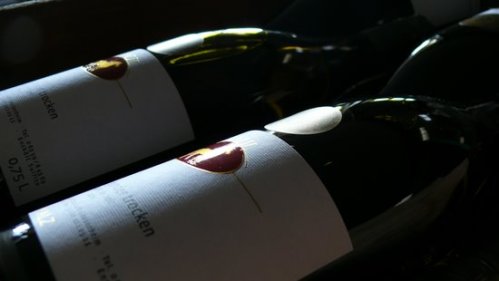 I was taken to Germany to be introduced to the area’s wines but, as is so often the case, it’s the people I was introduced to who were really interesting. We’ll come to the wines, or at least some of them, in due course, but first the most interesting winemakers. Sure, they weren’t the strongest characters we met, but the others were all men, mainly in their 40s. It’s very different at the Gaul winery in Pfaltz. Actually it’s one of the Gaul wineries in Pfalz – there are four, each owned by a different branch of the same family. This one, Weingut Karl-Heinz Gaul, makes 120,000 bottles of wine every year in almost as many styles, from dirt-cheap litre bottles of unspecified “rottwein”, through rosés and fizzes and another ropey cabernet cubine (shudder) to pinots blanc, gris and noir and more ambitious riesings. Not a single one of those bottles is imported into the UK. This in itself isn’t such a surprise – we are yet to embrace a lot of German wine styles, and the Pfalz is mainly known for churning out execrable plonk – but there’s no reason why they couldn’t sell successfully in the UK. For not only do they make some very enjoyable, extremely good-value white wines, they also have an unusual story to tell about how they came to be making them.

This branch of the Gauls used to farm vineyards twice this size, until Karl-Heinz split from his brother, with whom he used to share winemaking duties, slicing their land in two and taking sole control of half of it. Karl-Heinz went on to have two daughters, Karolina and Dorothee, born two years apart in the 1980s, who spent their childhoods helping their dad in the fields and in the cellar and hoping one day to work with him as adults. So when they finished school, both went away to study oenology at university. But in 2008, when Karoline was 24 and Dorothee just 22, Karl-Heinz was suddenly taken ill. He would never work again. The daughters returned, prematurely, to Sausenheim, and took charge. 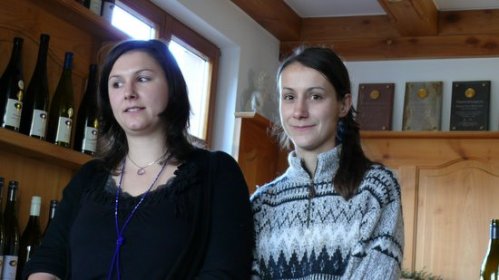 They have had to finish their education on the job, though they have been helped where necessary by their wider family and by some of the winemakers Karoline did placements with during her studies. There are five full-time employees: the two daughters, their mother, who does the accounts and also bakes a pretty mean savoury brioche, a female intern and a token man, who drives the tractors. But though he is no longer around, Karl-Heinz is still a key figure. Talking about her winemaking Karoline, the more outgoing and the better English-speaker of the two, starts many sentences with the words “My father used to…” A picture of a happy, smiling Karl-Heinz, clutching a bottle of wine in either hand, hangs in the tasting room, taken just four years ago.

But he doesn’t lend a morose air to proceedings – far from it. While we’re there a string of locals drop in to stock up for the weekend, each greeted by name; there’s a bottle of apple juice behind the counter so children can participate in tastings, up to a point. For all the tragedy in the family’s recent past, there is a very positive feel about the place. 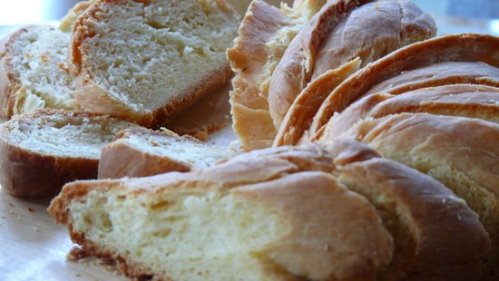 Karoline and her sister admit that they have made some wines they’re not entirely proud of since being thrust into charge, but they never repeat a mistake and now turn out some very decent stuff at very unprepossessing prices, some of which (the wines, not the prices) have picked up major awards in Germany (a few bottles come with a sticker proclaiming their success in one snazzily-titled competition, though I’m not sure the phrase “Goldene Kammerpreismünze Landesprämierung” is ever going to catch on over here). Of those we tried, a kabinett riesling from the honigsack vineyard and a sweet, auslese gewurtztraminer stood out. They’re not organic but to judge from the state of their winery, which was rather over-run with fruitflies, they’re not big on insecticides. 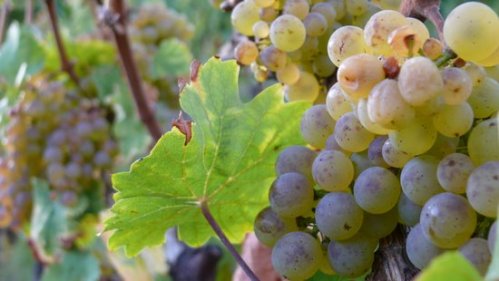 Riesling grapes on the vine

The 2011 harvest had just been completed, save for one patch of riesling that with any luck is destined for a trockenbeerenauslese (TBA to its friends) – a sweet style that requires the grapes to be left to shrivel up, ideally with the help of some noble rot. Inside the winery the fermenting juice bubbles and farts – we tasted one wine in progress, a fruity, yeasty, actually-fairly-pleasant-in-small-doses beverage still some way from being called a wine. We met many more outrageous characters during our rather manic two-day tour – as you’ll find out if you stick with me over the next few days and weeks – but more than any of them I’ll be keeping an eye out for the girls of Gaul.

One response to “The girls of Gaul: Weingut Karl-Heinz Gaul”