A quick trip to Germany – day one 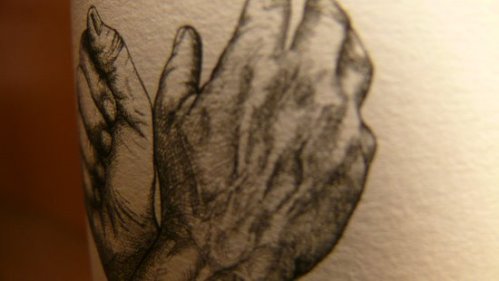 So I’m in Germany, where I’m going to be very quickly checking out the regions of Reinhessen and Pfalz in the company of several bloggers from around Europe (plus one each from Canada and China). Last night (I write this shortly after breakfast) we did nothing more than have an extended boozy dinner, where the food was largely Scottish (Scottish salmon followed by Angus beef) but the wine was distinctly local. The big hits were a couple of rieslings (of which more tomorrow), the big flop was the wine whose label is pictured above – Blutsbruder (that’s Blood Brother, translation fans, hence the crossed-wrist motif) “Fur immer vereint”. It was probably the most attractively packaged German wine I can remember seeing, but inside the bottle lurked a fairly foul blend of Cabernet Cubin – new to me, a cross of Lemberger and Cabernet Sauvignon – Regent and Cabernet Sauvignon. It smelled cloying and sweet and confected and fake, as if had come in powdered form and simply been mixed with water. Apparently it sells very well here as an easy-drinking red wine, for around 10 Euros a bottle. But it was very attractively packaged. As, indeed, was the wine queen of Reinhessen, a tantalising concept for which I’ll be providing photographic evidence before my trip is over.

3 responses to “A quick trip to Germany – day one”