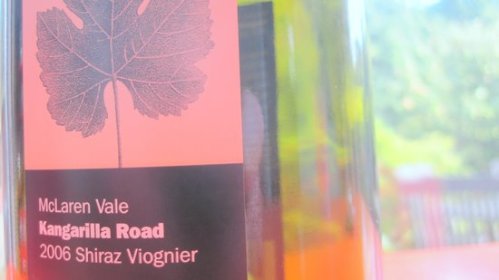 Moving house is supposed to be stressful, so I guess I can’t complain too much. The problem with the one I’ve just completed was a loft conversion that we’d done in 2007, while my wife was pregnant with our first child. In the end the builders were still there when she popped out (the child, not the wife – she’s still around), and we basically told them to finish off and get out. It made sense at the time. Fast forward four years, though, and we’ve got a new loft conversion and no completion certificate*.

In the end everything depended on me organising said completion certificate before completion. Fail in that apparently simple task and everything would collapse, leaving me at fault and out of pocket to an almost six-figure tune. As anyone who has had the great misfortune to deal with a council’s building regulations department will know (and I’m tarring them all with a very similar brush here, so I apologise if yours is full of cheery, sensible, easy-to-relate-to regular party-invitees), this was a long and trying road that more than once drove me to the very brink of, if not a total breakdown, at least a hearty and fulsome yell.

To cut a very long story pretty short, it was confirmed to me that we had been awarded a completion certificate approximately 45 minutes before we were due to sell our house, and buy another one.

After that, the move itself was a breeze. Just a load of boxes and bubble wrap. And there’s been a vinous bonus as well, as all the wine that was previously in my long-term storage (a cupboard under the stairs) was disgorged and vomited out into the new house, in a big old jumble. Suddenly, things that I’d all but forgotten about started to catch my eye. This is one, and it’s a stonker.

I bought it, and five others very much like it, on the back of an emailed offer from Majestic at the start of 2010. When it came, I stuck it in my long-term wine storage (the cupboard under the stairs) and there it lay, for not that long really when you think about it, until the packers and movers disturbed it from its slumber, transported the few miles to my new house and dumped it, with all the rest of my wine, in the garage, where it sat, awoken, showing its figurative thigh at me like an incurable flirt until my resistance broke.

It’s brilliantly enjoyable stuff, one of my favourite wines of the year so far – despite being far from the most expensive. My nose loved getting thwacked about with its dazzling line-up of fruit-based aromas; it’s one of those wines where even if you’re not drinking you keep thrusting your nose back towards the glass for another sniff of its heady perfume. Never mind the alcohol – which at 15% is fairly intense – the smell alone is utterly intoxicating. It’s a social wine, worthy of company and would feel a little out of place, I think, if it were invited into a quiet night spent on the sofa. It doesn’t aspire to greatness, but it’s fairly classy and a hell of a lot of fun. Each bottle cost me £11.99, so it isn’t exactly cheap, but I certainly don’t feel shortchanged.

I’m not, as a rule, a fan of lower-end McLaren Vale shirazes – big, broody, burned beasts that they are – but this is a textbook example of what a bit of viognier can do to the stuff. It’s lively and beguiling, and I’d love to own a great deal more of it. And so, it appeared, would the friends I shared it with; I did my best to grab my camera as soon as I realised how exciting this wine was, but I still didn’t get to the bottle before it was empty. My only quibble was the slight alcohol burn that you get as the wine goes down, but go down it does, very well indeed.

I’ve now got some wine storage sorted in the new house. Whether the rest of this half-case will ever make it there, though, is very much in doubt.

So far as I can see the only place in the UK that stocks this (and even then it’s the 2004 vintage), is Last Drop Wines.

* For any confused non-Brits, a completion certificate is the dullest thing you could ever imagine desecrating some paper with, but lawyers seem to like them.

One response to “Kangarilla Road Shiraz-Viognier 2006”