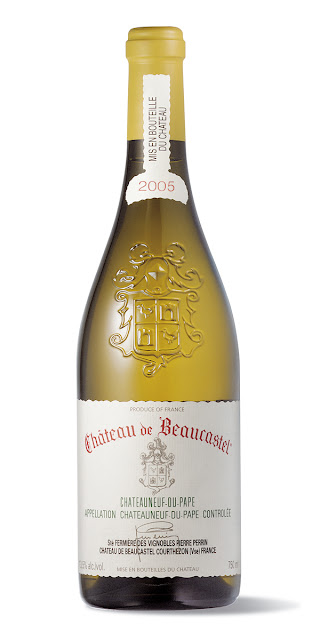 A sight unlikely to be enjoyed chez CF any time soon

Most of the wine I buy costs less than £15 a bottle, often around half that amount, and comes either from local merchants or from a few online favourites. I often get two bottles of a wine – just to make sure I don’t accidentally catch it on a root day – but rarely more. There are, after all, a lot of nice wines in the world, and not a lot of time to drink them, so what’s the point of letting any one overstay its welcome? Wines are not women: I’m not searching for the one here; I’m more than happy to enjoy a succession of one-night stands and, perhaps, the occasional threesome.

But every now and then I’ll buy a whole case of something, if it looks particularly exciting and well-priced. One wine I’ve bought cases of twice is Coudoulet de Beaucastel, the bargain-basement illegitimate half-sister of Beaucastel’s Chateauneuf-du-Pape, which on its day is one of the finest wines on the planet (the Chateauneuf, not the Coudoulet – on its day the latter is vaguely redolent of one of the finest wines on the planet, which for the price isn’t bad going). But I’ve been repeatedly recommended the white version, and thus a couple of weeks back I found myself on wine-searcher seeing if you can find it at the kind of knock-off prices at which you can occasionally find the red (you can’t).
While doing so, I happened across a case of the grown-up Beaucastel Chateauneuf du Pape blanc, from an excellent vintage (2007), being sold for about the same price as the Coudoulet – in the region of £20 a bottle. This was significantly cheaper than any other merchant (though only by £50 in one case), and less than a third the price of some (Roberson’s, for example, sell the same wine for £75 a bottle). I felt they had almost certainly mistakenly labelled it a 12-bottle cases, when they meant six, but you never know – so I bought it. Someone from the merchant emailed to thank me for my order. I emailed back, to check that I had indeed bought 12 bottles. He replied to confirm that I had. They took my money and arranged a delivery. They failed to turn up once for no good reason, I had to rearrange, and this time they arrived four hours early – and with only six bottles of wine.
I’m no lawyer, but I was aware that by this point I had established a cast-iron, watertight contract. If I stamped my feet and hired a brief, they would have to provide me with 12 bottles of this wine. Or I could take the six at my door, and demand a hefty refund. But I also knew when I placed the order – even if they themselves did not – that they probably only meant to sell me six.
I refused delivery. They emailed to say that it had all been a terrible mistake, they only had six bottles, hadn’t meant to sell me them and refunded my money. My conscience is clean. But in all likelihood I will never now get to drink this wine, let alone six bottles of it, and I have been mourning its absence. A conscience is all very well, but it won’t quench your thirst, now will it?
So I’ve got no wine. For what it’s worth, though, I’d have expected at the very least a most humble apology, and probably some kind of voucher or something, to acknowledge that with their order-acceptance howler and their non-delivery howler they had in the end caused me significant inconvenience, without giving me any nice wine. Surely I can’t be blamed for buying their wine, and can be thanked for not being a git about their many errors. But they couldn’t be arsed. Goedhuis? Bad housekeeping, more like.
Advertisement