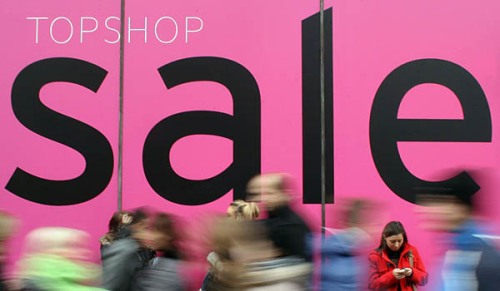 So long, then, happiness, and a jolly-as-I-can-muster hullo to the very bitterest, coldest, miserablest couple of months in the calendar. There’s nothing to look forward to now except the imminent VAT rise, and across the land the only sound to be heard is the post-festive pop of wallets being staplegunned to solid surfaces and the desperate scratch of pencil on household budget crisis planner. It’s a time of figurative belt-tightening, when most people have resolved to spend more time in the gym rather than the offie. Well more fool them, I say. Because the only good thing about January is that the dismal weather provides you with the perfect excuse for staying inside all day checking out many virtual sales from online wine retailers.

So here, to help you on your way to an even greater level of penury, is a link-heavy list of all the post-festive wine sales I can find, good and bad. I have to say I haven’t seen anything irresistible as yet, which is just as well given that I currently have so much wine at home I was recently forced to hide some in my one-year-old son’s wardrobe, but I’ll let the world know via Twitter the moment that I do (and I’d appreciate it if you let me know if you beat me to a particular bargain). I’ve edited this list a few times when new sales have come online, but I think the sales season is almost done.

Armit – most of the wines are offered by the case, but some decent discounts and a few wines down below £3 a bottle.

Averys – I’m always put off because their website looks superficially like Laithwaites’, and because their association with The Telegraph raises my Guardian-employed hackles. Totally irrational.

Corney & Barrow – Sadly none of their Achaval-Ferrer malbecs have found their way onto their bin-end list.

Jeroboams – This appears to be in-store only. Retro.

Justerini & Brooks – This sale is so cool it’s secret. Unless you’re on the mailing list you don’t even know it’s happening. Not a whisper of it on their website. If you’re one of the lucky ones, you received by email a pdf file listing the wines and the (often impressive) discounts applied to them. A genuine bin-end bonanza, many sell out within minutes. So it’s either old news for you that the sale started in the morning of Wednesday January 5, or you’re too late.

Laithwaites – I must say there’s something about the way they describe a wine that makes me giddy with indifference, if such a thing is possible. But some of them are cheap right now. I do like the way they allow you to use vouchers on En Primeur purchases, but that’s another story.

Lay & Wheeler – a bin-end clearance, though this seems to be more or less ongoing

Leon Stolarski Fine Wines – Not exactly a major retailer, but quite a good list of largely French obscurities

Naked Wines – I’ve said enough about them for a while, methinks.

Virgin Wines – last few days of this one

The Wine Society – you rarely find massive savings here, but they do tend to be pretty keenly priced in the first place. Plus they’re not applying the VAT increase until April. April!

Yapp Brothers – barely a dozen wines in it, and it ends on Monday January 10, but they’re calling it a sale so I’ll go with it

This entry was posted in Uncategorized and tagged bargains, january, sales, wine. Bookmark the permalink.

One response to “Wine bargain alert – it’s the January sales!”