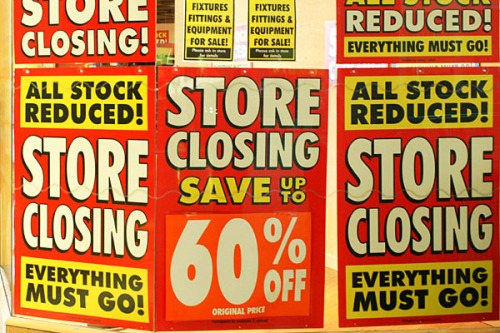 While I’m on the subject of wine sales, it strikes me that they remain surprisingly contentious. The very idea makes some people – really rather a lot of people, it seems – shudder with horror, while all they make me is a) merry, and b) poorer.

Obviously, there are wine “bargains” that are still rip-offs, consisting of bottles that have been sold for a while at about double their value in order to later be flogged with a half-price sticker, and often produced by multi-national wine-spewing conglomerates of yuck. Then there’s the 25% off everything sale, which every supermarket seems to wheel out from time to time. While these give me nothing but the impression that their normal prices must be a bit too high, these are the normal prices I usually have to pay – which makes three-quarters of the normal price quite an attractive prospect.

While buying wine from supermarkets doesn’t really suit my research-everything-ridiculously tendencies, Waitrose’s biannual discounting frenzy is a very major exception. The ability to mix your own case of some genuinely decent stuff at genuinely decent prices from your very own sofa is too much for me to withstand; within 15 minutes of me hearing about their last offer, a couple of weeks ago, and knowing that my children would wake up from their lunchtime naps at any moment, I had ordered two cases.

Then there is the genuine wine sale, like the one I found at Les Caves de Pyrene last weekend, where a retailer is trying to get rid of some old stock that’s clogging up their warehouse. The job that sales always used to do, before they became regular festivals of comsumption. Quite a lot of the wine I bought had something clearly wrong with it – it was a few years old but not intended for keeping, or the label was damaged, or it was from Morocco. I’m happy to have bought something for less than the going rate, they’re happy to have got rid of the stuff in the first place, everyone’s happy.

Except those who consider wine to rightfully be above this sort of thing, the shallow pursuit of a bargain. That the obsession with discounting makes life difficult for retailers and impossible for producers. That it stops people from buying any wine that isn’t reduced. That even wine that isn’t discounted is nevertheless cheapened.

I like my sales. They suit me well. But I can see where they’re coming from, to be honest.

(incidentally, last night I cracked open the first of this year’s Les Caves bottles, an Afros Vinho Verde Tinto Espumante 2006 – fizzy, red vinho verde. Brilliantly vivid, a lot of fun. The latest vintage (2008) is £17.99 online (a fair bit more than it’s worth, I think), but at exactly half that in the sale, a bargain!)

This entry was posted in Uncategorized and tagged les caves de pyrene, sales. Bookmark the permalink.